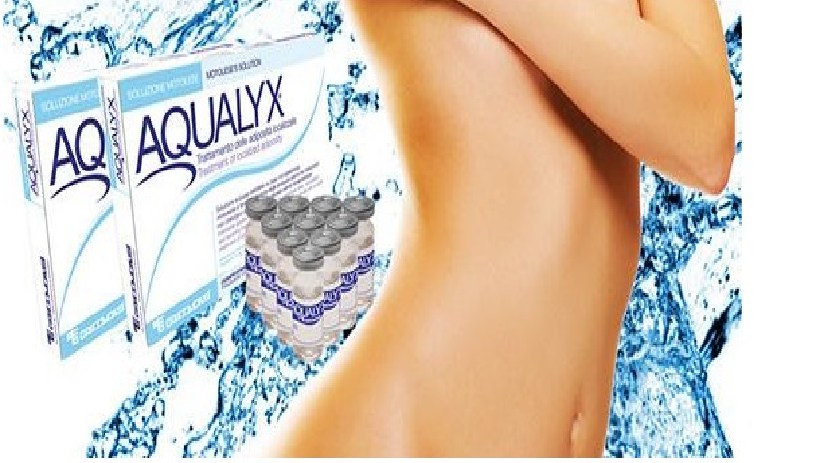 Intralipotherapy with AQUALYX is an innovative, effective method of non-surgical liposuction. The process of destruction of local fatty deposits with the help of lipolytics occurs quickly and does not require rehabilitation therapy.

In the human body, in the subcutaneous fat, there are local fat accumulations, which are extremely difficult to reduce by conventional methods – dietary nutrition, massage, sports loads. It’s all about a dense, restrictive shell – a protective capsule.

When injected, AQUALIX penetrates the subcutaneous fat and has a targeted effect on the fat capsules, destroying their shell. The drug is injected with a special flexible and sharp needle. Due to its flexibility, the needle is able to rotate inside the skin, evenly distributing the substance in different directions from the point of injection. This method allows you to cover a large area of deposits with a minimum number of injections and significantly reduce the duration of the procedure.

The main active ingredient in AQUALIX is sodium salt (sodium deoxycholate), which is 100% compatible with deoxycholic acid produced by the human body. As an auxiliary substance, the lipolytic contains a three-dimensional polymer of galactose, which is also synthesized in the human liver.

Lipolytic is not aimed at overall weight loss, but is aimed at combating fat deposits in specific areas of the body. Buy Aqualyx online to change your body.  Intralipotherapy can be used to model the contours:

Common contraindications for intralipotherapy are:

The main advantages of intralipotherapy with AQUALYX are:

As a result of non-surgical liposuction:

To enhance the positive effect of AQUALYX, it is recommended to carry out sessions of pressotherapy, myostimulation, cavitation and various types of massage between intralipotherapy sessions.

5 Tips for Converting a Tub to a Shower

How to Become Masters of Multiplying the Fractions in Mathematics?

Hair Color – Definition, 10 Tips, How to Apply?, Types, and More